Please click on the book cover for more information from AMAZON. 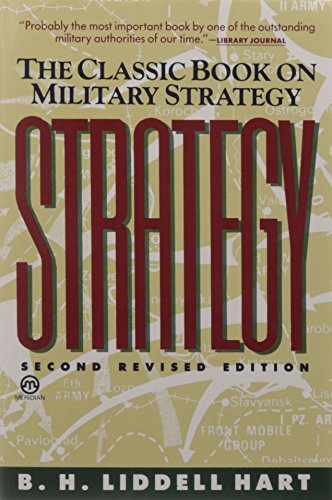 The book now called, simply, Strategy, is essential reading for any student of the art and science of strategy-making.  B.H. Liddell Hart is the best example I know of who not only chronicled history, but shaped it.  In 1929, he published The Decisive Wars of History. Although Hart was a Briton, it is known that his work had greater impact on the pre-WWII military thinking among the German military than on his own countrymen. Among others, the German general Hans Guderian read and digested Hart’s work, which influenced his designs for employing tank (panzer) warfare in execution of the “blitzkrieg” strikes that quickly took the European lowland countries and France.

Erwin Rommel, the “Desert Fox” is known to have read and savored Hart’s books.  Rommel’s tank battles with the Allies in northern Africa are often seen as the prototypical Hartian strategic confrontation.  Applications of Hart’s insights for modern business are quite evident upon reading Hart’s historical accounts and analyses. For example, to truly understand the art of strategic thinking, it is essential to consider Hart’s notion of the indirect approach.